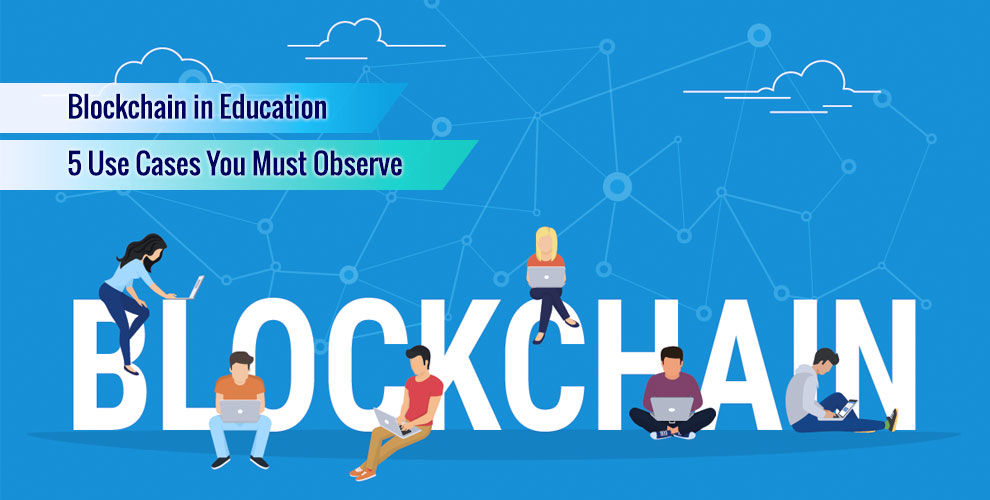 Blockchain in Education and 5 Use Cases to Observe

by Athena Team on March 5, 2021 under Blockchain Technology

In this post, we are going to discuss top use cases of blockchain in education which are powerful enough to completely alter the way we look at our current education system. With software application development gushing beyond what we could imagine 20 years ago, technology pundits are predicting that blockchain technology will disrupt every possible industry including education.

Since past few months, the talk of the IT town has been blockchain and its unprecedented potential. With cryptocurrencies making the news headlines, blockchain engineers are rigorously trying to inject this futuristic technology into every industry spectrum. In the effort, it has already started to creep into mainstream consciousness.

Before walking you through the top use cases of blockchain in education, let’s have a look at the statistics and blockchain predictions –

Role of blockchain in education

Blockchain technology can be leveraged to issue digital certificates that are immutable and can be saved as public records. These records can be anytime endorsed and validated without the fear of being tampered by involved entities. The following diagram illustrates the components a certificate issuer uses to

Digital certificates built on a blockchain hold significant advantages over the traditional soft copies. Here are the advantages – This is another use case of blockchain in education. It has always been a serious concern for the educational institutions around the world how to carefully preserve the paper-based school certificates, degrees, diplomas, and other course certificates of the students who pass out every year. These sensitive documents are always prone to get lost over time.

Blockchain could be the ultimate solution to securely preserve these mammoth-sized documents in a distributed ledger. Once put in the blockchain, the information about a student’s grades and the courses will neither get lost nor tampered. It is also nearly impossible to alter or falsify the information. Blockchain in education can make the certificates and educational documents more credible. For this, a blockchain wallet can be developed which can allocate digital diplomas which can be availed by the students via their smartphones, apart from the traditional paper certificate. These blockchain-enabled digital certificates are secure enough to have ever tampered without a consensus decision by each member involved in the chain.

With the help of this advanced digital certification system, employers can easily verify that a graduate’s degree is legitimate by using a link or uploading the student’s file.

This digital diploma also renders complete ownership of the records to the students and let them share them in a secure way, with whomever they choose. Students have lost/misplaced their certification on several occasion, especially when they had needed the most. There are students from war-torn areas, who are looking out for academics elsewhere, and there are also students of a school whose server breaks down or the data completely wiped out, for some reason. In such cases, blockchain in education can come to their rescue. Students can hugely benefit from blockchain-encrypted credentials. While cryptocurrencies have been the most popular uses of blockchain technology ever since its inception, blockchain’s potential is being used across other industries as well. Financial accounting is a very important component in the academic institutions and blockchain in education can be leveraged in an unprecedented way. Blockchain technology can be implemented to manage the scholarships for students and salaries for teachers, thereby rendering a transparent and fair mechanism for funding grants and projects.

Those were the top 5 use cases of blockchain in education to observe which can proactively disrupt the education industry. All we need to do is to believe in the blockchain engineers and let them lead the world towards digital transformation.

Let us know if we have missed out any significant point to make or to make a few additions.